There are many common myths about sexual violence that can cause shame, guilt and self-blame. We work to dispel these myths, and help victims and survivors get the support they need and want.

What are rape myths?

There are many common myths about rape, sexual abuse and sexual violence.

These myths can make it difficult for survivors to talk to anyone or get help. Survivors often think others will blame them or they won’t be believed. This can cause shame and self-blame.

These myths can also affect how survivors are treated by family and friends, services, and organisations.

Through our work, we challenge these myths and work to improve understanding of sexual violence and abuse.

Here are a few examples of common myths about rape, sexual violence and sexual abuse.

Myth: If someone gets really drunk, it’s their own fault if they end up getting raped. They should have kept themselves safe.

Fact: People have the right to drink alcohol without getting assaulted. Having sex with someone who is very drunk, drugged or unconscious is rape – and it is always the rapist’s fault. Find out more about consent.

Myth: Women often lie about rape because they regret having sex with someone, or because they want attention.

Fact: Stories in the media can give the impression that women often lie about sexual violence. In fact, false allegations of rape are very rare. Most people who have been raped or experienced sexual violence or abuse never tell the police.

Myth: If someone didn’t scream or try to fight their attacker off, then it wasn’t rape.

Fact: There are many reasons why someone might not scream or struggle. In fact, many people find that they cannot move or speak at all – this is a very common reaction. Some rapists also use manipulation or threats to intimidate or control the other person. No matter whether or not someone ‘fights back’, if they didn’t freely consent to sex then it is rape.

Myth: If you are in a relationship with someone, it’s always OK to have sex with them.

Fact: Everyone has the right to say ‘no’ to any type of sexual activity at any time – including with their partner. Consent must be given and received freely every time. Rape and sexual violence in a relationship is illegal.

Myth: People who were sexually abused as children are likely to become abusers themselves.

Myth: Women shouldn’t go out alone at night as they are likely to get raped.

Fact: Only one in 10 of rapes are committed by ‘strangers’. The rest are committed by someone the survivor knows – such as a friend, neighbour, colleague, partner, or family member. People are raped in their homes, their workplaces and other settings where they previously felt safe. The risk of rape by a stranger shouldn’t be used as an excuse to restrict what women can do.

Myth: Women provoke men to rape them by wearing revealing clothes or flirting.

Fact: It doesn’t matter what a woman is wearing, or how she is behaving – if she doesn’t consent to sex, that is rape. Only the rapist is ever responsible for rape.

Myth: Once a man is sexually aroused he can’t help himself; he has to have sex.

Fact: Men can control their urges to have sex just as women can. No-one needs to rape someone for sexual satisfaction. Rape is an act of violence and control. It can’t be explained away and there are no excuses.

Myth: When it comes to sex, women and girls give out mixed signals. They sometimes ‘play hard to get’ and say ‘no’ when they really mean ‘yes’.

Fact: Everyone has the legal right to say ‘no’ to sex and to change their mind at any point of sexual contact. If the other person doesn’t stop, they are committing sexual assault or rape. When it comes to sex, we must check in with our partners, respect their wishes, and believe what they tell us about what they do and don’t want.

Fact: There is no typical rapist. People who commit sexual violence come from every economic, ethnic, racial, age and social group.

Fact: The majority of sexual assaults and rapes are committed by men against women and children. However, women do perpetrate sexual violence against other women, men and children. Often people who’ve been sexually assaulted or abused by a woman worry they won’t be believed or their experiences won’t be considered ‘as bad’. This can make it difficult for these survivors to access services or justice.

If you have been affected by rape or sexual violence, you can talk to us.

Many people who have been raped, sexually abused or sexually assaulted feel confused about what has happened to them. If something sexual has been done to you without your consent, it’s not your fault and you’re not alone. 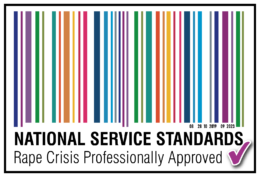 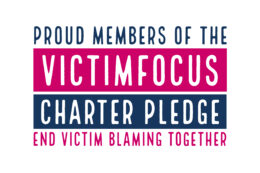 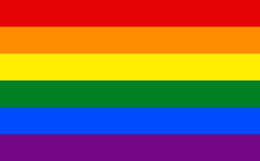 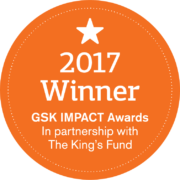